Not just us, also all the smart people before us, and still with us.

Starting with the predecessors of the advanced HTCW technology, the over 100 years old Cupola-furnace (what is this?),
smart Engineers from Eastern Germany saw the potential of a more efficient, cleaner and even easier way of removing waste. Without the usual burden of the other technologies back in the 90’s, e.g. incinerators and dumpsites. And without the technical difficulties of e.g. Thermoselect and so many others.

When finishing the development market-ready in Arnstadt/Thuringia, incinerators have been rolled out all over Germany.
Incinerators became cleaner and more efficient and reached the status of a proven technology.

The stamina of the WES still did not stop to further improve the technology, offering a solution to more than just the waste issue.
A plant in China allowed us to test and improve the technology, finally leaving “Grandpa Cupola” behind and turned HTCW into a complete new technology,
reaching a waste-to-electricity efficiency of over 33% (LHV), leaving incinerators behind. Plus HTCW's being intrinsic safe regarding environmental toxins, flexible to produce not only electricity but also hydrogen, fuels, fertilizer and even potable water. Safely destroying even the most resistant and toxic waste: tyres, non-recycle plastic, hospital waste including all its organics, bacterias and viruses, and even asbestos turns into harmless silicates in our “HT”-zone = high-temperature 1600°C minimum.

And the HTCW reactor is cheap! It does it all in one reactor only, no moving parts inside, with simple furnace elements.

Though the reactions in the many zones incorporated into this one reactor are very complex and need smart simulation and engineering, the reactor itself is easy to build, everywhere on the planet. 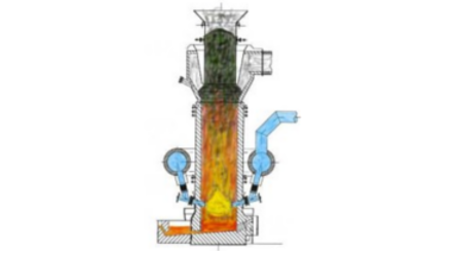 Facing a problem with a highly contaminated scrap metal fraction, engineers were unsure whether to use a cupola-furnace, a metal-recycling furnace.

Just bravely trying it, they found out that the reactor took it easy, with one side-effect:
The usual furnace gas increased a lot, showing that a cupola furnace may also be a waste gasifier.

As incinerators in the 90’s produce a lot of environmental toxins, the engineers saw a chance to do it better. Trying completely without metal, first contaminated wood, then municipal, then industrial waste. 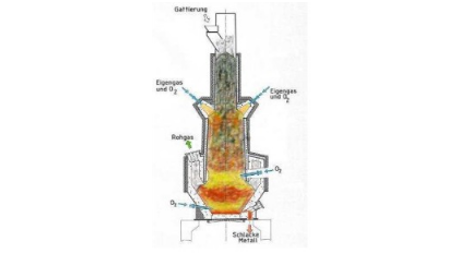 Encouraged by the ease the reactor took everything, the team extended the waste input to just everything (except nuclear): Hospital waste, tyres, plastic, asbestos, wastewater and industrial sludge.

The original cupola design showed its disadvantages, so a new reactor was designed and patented.

Incinerators and other technologies became better, and the pressure to become even more innovative increased. 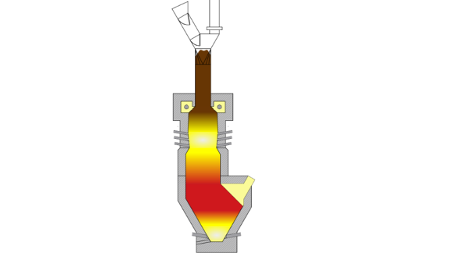 The experience of the Arnstadt plant and the plant in China allowed us to develop an new reactor. Not only to safely take care of waste. With the climate change becoming more obvious, we additionally focused on energy production. Easy start: The more efficient a reactor is, the more energy it produces with the same CO2, or the same energy but with less CO2.

That was not enough: WES evolved from an HTCW selling company into an energy and waste-in-general consulting company. By this move, synergies just skyrocketed. Synergies with solar farms, energy storage systems, CO2-removal technologies, hydrogen production, fertilizer recovery and more.

And also HTCW to work with other waste technologies, like energy producer for recycling plants, cost-efficient equipment sharing e.g. with biogas plants.
Or pre-reactors to treat coal gangue, mountain-high piles of black coal mixed with gravel, some white because the coal burned off already. 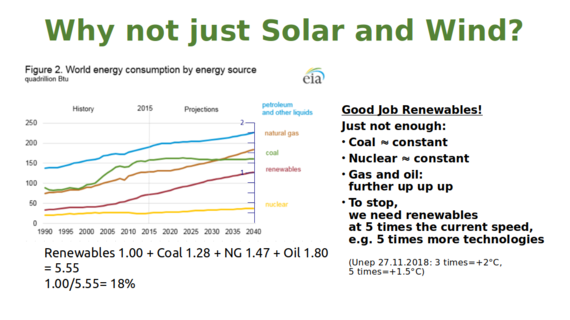 We all are too slow to make a difference yet. CO2-reducing is more than counter-balanced by the increasing energy consumption of our (also further growing) world population. Facing this brutal fact, we are taking the next steps to make a difference: Improved hydrogen production, oxyfuel turbines, carbon capture, from CO2-storage to CO2-usage, and microgrid compatibility. Reducing cost of a plant even further to unfreeze money for better efficiencies. And increasing the operating hours per year, to be even better able to sell the energy to customers directly.

Pushing to the (still not existing solution) to turn just not only waste into an energy that:

Something missing here that is important to you? Sorry, please tell us: contact@wes-htcw.com.

Our journey will go on.
If you want to give it a try with us together, just test us: contact@wes-htcw.com